Our office south of the Alps

Italy remains one of the most important economies in the world. Italian is crucial for trade with Italy and Italian-speaking Switzerland – two of Germany’s most important trading partners. Hence the need for a 24translate office in Italy!

In 2003, an office was opened in the traditional university city of Bologna. Bologna is the capital of Emilia-Romagna, a region whose economic power roughly equates to the German average and which counts among one of the three provinces with the highest purchasing power in Italy. In 2005, we moved the office to Massafra in Tarent, to agricultural, wine-growing Apulia. Other important economic sectors here include steel and tourism.
15 members of staff in Apulia serve the Italian-speaking market with high-quality translations. 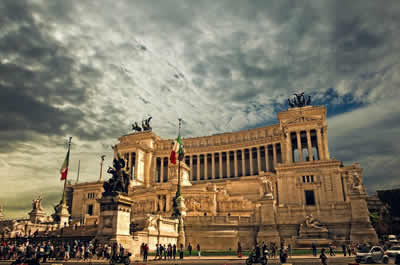 Where to find our office in Italy

A selection of our services

The right translation in every case: We have experienced specialist translators available for every industry and subject area.

Be it a common English translation or an exotic language combination: with translations available into over 50 languages, we have the solution for you.

A plain translation, or the no-worries all-in-one package including proofreading, editing or text revision: with 24translate, all your text services are available under one roof.

With the help of its very own conversion software, 24|xliff, 24translate does not only support all prevalent file formats; we also provide our customers’ finished translations in the same format as the source text.

Be it standard delivery within three to five days or our express translation service within a few hours: you order, we deliver!

Sworn translators are indispensable in many legal contexts. 24translate can provide certified translation services in all subject areas.

Find out more about our very own translation and terminology management tools and about convenient order management via our customisable customer portals.

Are you looking to automate your translation management and save time and money? Find out about our computer interface technology here.